Many years ago, I borrowed 20 dollars from a colleague. I’m embarrassed to say that I completely forgot about it. Many months later, my colleague told me he’d felt upset that I never paid him back even though he was sure I’d probably just forgotten. When I asked him why he never just asked me for the money, he said that he would have felt awkward.

Do you ever need to ask sensitive questions? Do you ever feel uncomfortable asking? Do you feel that you are coming across as too aggressive, too personal or too rude?

Acknowledge that the question is uncomfortable or awkward. Once you’ve laid out the truth upfront, there’s nothing more you have to worry about. You’ve gotten the awkward part out of the way.

“I know this is a sensitive question and might sound a bit blunt.”

Then, give the real reason why you need to ask the question. Usually, when someone understands that your intentions are good, they can accept whatever it is that you’re asking.

“I just want to make sure we don’t have any safety issues.”

Then ask directly. You have already set a tone of goodwill and compassion.

“Does your size ever cause you any problems using the equipment?”

Here are two more examples of the ARQ Technique:

If my colleague had used this technique, he would have eliminated months of resentment. If you consider what you might lose by not asking important questions, the ARQ technique is a useful skill to keep in your back pocket for those tricky situations we all have at times. 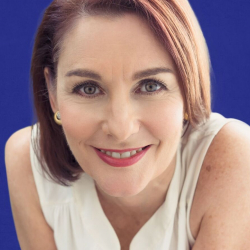 I will help your people master their communication.