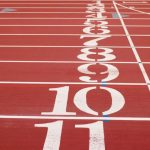 Most companies have some kind of yearly performance appraisal. Often, the staff’s direct supervisor will evaluate the performance of their staff over the entire year.

Based on my conversations with many leaders, there are many who say that performance appraisals are quite difficult to manage. In fact, some leaders are also terrified in holding them because they can end up in arguments with their colleagues.

Here are some issues that I have noticed in a lot of appraisal conversations.

1. Disagreement of the ratings between the manager and team member. I remember one response from an appraisee that says it all: “I worked so hard and you are giving me a lousy grade?” The leader and team member had such a difficult conversation after that. A client once told me that some managers rate their staff higher because they want to avoid disagreements with their team members.

2. The recency effect also takes place when a manager evaluates. This effect suggests that leaders sometimes make their decision based on what has happened recently. If a person’s performance is relatively good for the first ten months and not so good during the last two months before the appraisal, managers will tend to remember the lack of performance more vividly as it is still fresh in their minds.

3. Leaders treat it as a grading exercise, but not focus on helping a person improve his/her performance. This actually goes against the intent of such exercises, which is to also focus on how to generate better performance at work.

4. Timing. Most traditional performance appraisals happen once or twice a year. It is difficult to correct a wrong behaviour or action many months after the incident has happened.

Employees value ongoing conversations more as these are happening real-time, as and when challenges are being encountered. Such conversations help them move in the right direction to make a positive change.

Studies were performed on traditional performance appraisal systems and they show that:

So what actually increases performance in an individual or a team?

It is vital to be able to provide frequent feedback, maintain open communication and collaboration with peers in order to improve performance levels. Research psychologists from Kansas State University, Eastern Kentucky University, and Texas A&M University found that by providing negative feedback during annual performance reviews, they demotivated employees, instead of motivating them. Even when positive feedback was given, it was misconstrued.

If we want to develop high performers, leaders must take on the role of a coach—to empower their team members.

A study by the University of North Carolina’s Kenan- Flager Business School showed that today’s workers do not see their managers as experts in certain subject areas the way their predecessors did. They feel that whatever knowledge they need in their job is available to them online. Instead, they are interested in their manager’s ability to coach or mentor them in their personal growth and learning.

The good news is that even though most appraisal systems may not be as ideal to improve performance. Hope is not lost.

You can still focus on creating real-time coaching sessions with your team members to help them be successful in what they do.