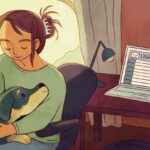 A portion of this article was adapted from my 2nd book, Engaging Millennials

It started gaining popularity recently in the US, after a TikTok video went viral while it’s been noticed in China as well (for a while now) as the Bai Lan/Lying Flat phenomenon.

It’s the new term at the workplace called ‘Quiet Quitting’, which simply means, “Refusing to work overtime”. Despite its name, “quiet quitting” has nothing to do with leaving a job, but instead, advises workers to cut back their efforts at work and only do what is listed in their job description. This is not seen as quitting, but rather an assertion of work-life boundaries. Now workers across Asia are also jumping on this trend to fight back against their demanding jobs.

About 2 in 5 respondents in a survey of 1000 respondents in Singapore mentioned they would not accept a job if it did not offer flexible working hours. A similar proportion of respondents also mentioned they would rather be unemployed than feel unhappy in their jobs. It seems like employees are drawing a line in the sand to say that they will do the scope of work that they were hired to do, but not feeling the need to “grind” and be at the ready 24/7 at the expense of their personal life and physical/mental health.

It seems like so many companies are just dumping more and more work on existing teams due to staffing gaps? If it feels like the mountain of work will never be surmountable, why continue to burnout for futile efforts? Is this an indication that there are company cultures out there that will never give the 5-star performance review because “everyone has room for improvement” leading to employees feeling like they don’t need to strive for 5-star work if it won’t be recognised anyway? Perhaps this is a sign that employees have been trying to say what they need, but just aren’t being heard?

Quiet Quitting existed even before the Millennials / Gen Zs!

One of the common terms that is being associated with Quiet Quitting is Millennials, because this seems to be portrayed as a ‘Millennial behaviour’.

But that’s just painting broad strokes on an issue that applies to all generations, including Baby Boomers and Gen Xers.

1: Wheelbarrow – Where the manager had to push their people to get work done. Left to their own devices i.e. when boss is not in office, no work will get done.

2: Sensor – Where the manager has to walk past the employee for him/her to work. Otherwise, they would be doing something else like idling, chit chat with co-workers, or taking longer than usual lunch breaks. Well… there was no Facebook, Instagram or TikTok back then, but you didn’t need to teach anyone how to slack!

However, all these trends are signals pointing to 1 thing: People are feeling overworked, under-appreciated and unmotivated to go above and beyond. Simply put, they are NOT feeling heard at the workplace, and it’s causing them to limit their efforts at the workplace.

Back then, workers went to their Unions for support

Here’s where I’m noticing a generational difference: This time, thanks to social media and the internet, Millennials and Gen Zs are openly ‘collaborating’ in their pursuit to do the bare minimum – in an effort to get their voices heard.

The younger generation simply share their many work frustrations online, and the one that becomes relatable for the majority – goes viral. Then, it becomes a real problem for employers as it now transforms into a sort of organised behaviour amongst those who choose to partake in it. The internet has become a medium for organised and aligned behaviour focused on a specific outcome.

Before the internet and social media, having such organised behaviour was harder, hence a lot of the older generations resigned to their fates. Opportunities were lesser back then, and job hoppers were ostracised heavily. These conditions led to them embracing a condition called Learned Helplessness.

What is Learned Helplessness?

In the 1960s and 1970s, Psychologists Martin Seligman and Steven Maier were working with dogs at the time and testing their responses to electric shocks. Some dogs received electric shocks from an electric flooring that they could not predict or control, while others did not receive any shocks

The dogs were placed in a box with two chambers divided by a low barrier in between. The box was electrified on the left side and not on the right. When the researchers placed dogs in the box and turned on the electrified floor, they noticed a strange thing; some dogs didn’t even attempt to jump over the low barrier to the right side. These dogs had picked up learned helplessness – which means no matter what I do, I cannot change the circumstances I am in.

Learned Helplessness is not new to humans either. While such extreme experiments have not been performed on humans, the experiments that have been conducted on humans have produced similar outcomes.

Later, all human participants were subjected to a loud noise and a box with a lever which, when manipulated, would turn off the sound. Just like in the animal experiments, those who had no control over the noise in the first part of the experiment generally did not even try to turn the noise off, while the rest of the subjects generally figured out how to turn the noise off very quickly. In this case, those who did not even try had resigned to their fates, and adopted learned helplessness.

Interesting, isn’t it? Your past experiences play a significant role in the way you behave in any given situation. In psychological terms, your expectations at work is conditioned by what you were subjected to in your immediate environment. The norms that your loved ones or your colleagues expected and experienced at work automatically translates as the norm for you.

Which brings me to ponder if the earlier generations who entered the workforce were subjected to conditions that caused them to develop helplessness. In adults, learned helplessness showcases itself as a person who does not learn or use adaptive responses to difficult situations. When you place this insight together with the common behaviours of the older generation, it starts to make sense

Do your leaders wear a toxic badge of honour?

In one of my training programs, one of the C-suite leaders lamented,

“Back in my time, my boss would just scream at me in front of everyone and I just took it in my stride. I don’t think they (younger generations) can handle the treatment I got back then. These days, young people can’t even take proper feedback nicely. They just quit without even securing their next job!”

Sadly, most of the older generation workers wear these toxic experiences as a toxic badge of honour. They see themselves as corporate survivors, who tolerated and suffered harsh treatment at work as something to be proud of. These leaders at the same time are the ones who are quick to label others who can’t handle what they used to go through as ‘strawberries’ and ‘snowflakes’

Instead of expecting the younger generations to build up their resilience through toxic work cultures, leaders ought to focus on building a better working culture for their people. It’s about sharing the vision that inspires them and engaging them on a constant basis. Multiple research shows Singapore fares as one of the poorest in terms of employee engagement with a lot more room for improvement in this area.

Times have changed, but are our leaders doing enough to engage their employees?

The younger generation want to give their 100% and more to their organisation when they join, but over time, when they realise their efforts are in vain, when they realise they are simply overworking themselves with no promised in sight, they see no value in going above and beyond. That’s how quiet quitting takes root in the minds of the employees.

Common objections like a lack of resources don’t stand these days. The younger generation don’t need you to splurge on them. They only want a leader who cares and listens. In fact, there are a number of studies that show that the younger generation are willing to work at organisations for lower pay purely because they are inspired by the management leadership and culture at the organisation.

It’s all about being creative and being resourceful.

Simple activities like having ‘Stay Interviews’ can make a lot of a difference. In contrast to the typical ‘exit interviews’ where we see individuals having this conversation once they’ve tendered their resignation, why not have ‘stay interviews’ where managers and HR leaders can ask the employees what the company and the leader is doing right, why they choose to stay, and what else can be done to make the employee’s experience even more wonderful.

With an increased focus on Diversity, Equity and Inclusion (DEI), organisations can bridge the generational gap better by allocating more resources to bringing different groups of people in the company together. Simple initiatives like having reverse-mentoring can help the various generations build more trust in one another. Having such initiatives increase conversations across generations, and open communication makes the team perform much better.

All it takes is for the leaders in the company to come together and agree that more can be done for their employees. Gone are the days of collecting 1-way feedback that doesn’t get acted upon. Let’s start having 2-way dialogue sessions in a safe and curated manner so that employees are better engaged in the company.

There is a business case for engaging with the employees.

The key thing that leaders need to look into is how. Are you engaging your employees the same way you did 50 years ago, or have you introduced newer, cooler initiatives that also appeal to the younger generations?

If the answer to this question isn’t a resounding and confident yes, it’s no surprise that buzzwords like ‘Quiet Quitting’ are gaining popularity once again. Quiet quitting, combined with a work-from-home arrangement, can deal a fatal blow (in terms of productivity) to organisations that don’t have an accurate pulse of the needs and requirements of employees in the organisation.

If you would like to know what else you can do to better engage your younger employees, click here.

Vivek Iyyani is the author of Engaging Millennials, Millennial Speaker and consultant at Millennial Minds Pte Ltd. With over 9 years of experience around the world as a speaker, coach and consultant, bringing generations together has always been his life’s work. As a speaker, Vivek inspires generations to connect and bridge the generational gap. He has spoken to thousands and often for Fortune 500 organisations such as Oracle, Julius Baer, Booking.com, Great Eastern, ISS Facilities Singapore and many more. Vivek and his work have been featured on CNA, MoneyFM, Vasantham, and SME and CEO magazines among others.

This article first appeared on LinkedIn. 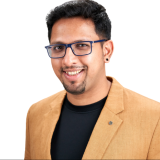