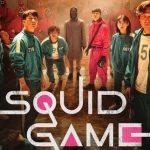 In one of the most popular shows in Netflix history, Squid Game has captured the imaginations of many people because of its portrayal of human greed, debt, and hopelessness.

The players in the Squid Games have to navigate through a series of childhood games. They have to adapt and strategise how to win within the time given. If not, they are eliminated.

Here are 7 business lessons that we can learn from this hit series on leadership and teamwork:

In the first game, Red light, Greenlight, players have to move towards the finish line without being caught moving by a giant robot doll. Moving fast was not the most important, but moving forward is.

Almost half of the 456 players were eliminated because they moved too fast or panicked while they are not supposed to. Players who moved during Red light were killed.

Those who survived were because they noticed certain patterns, stayed calm, and adapted their strategies through the game.

During a crisis, you have to observe the changing situations around you. There are always clues to what creates forward momentum and what will hold others back.

2. You always have choices in life

After the first game, many people wanted to stop playing the games. One of the rules stated that if the majority of people vote to stop the game, it will end.

3. Don’t stick to one way to solve problems.

In one of the games, players have to carve out a shape on their honeycomb using a needle without breaking it.

In the beginning, all players used the needle to carve out the shape, but the main actor, Gi Hun, found out that it is easier to lick the back of the honeycomb in order to break off the unwanted parts.

When he started doing this, many others around him started to follow him and survived that round.

There are many ways to solve a particular problem. If it works, it works! This is despite what you think the solution may be.

In the tug-of-war game, players formed teams based on their physical strength. Those who seemed weaker were shunned by other people.

The weakest person was an old man but he shared the most brilliant strategy that allowed his team to win. He told them how they should position themselves alternate around the rope, lean back, and push their abdomens as high as possible for the first 10 seconds to frustrate a stronger opponent.

Once the opponent’s rhythm breaks, the team leader gives the instruction for the team to pull in unison. This strategy helps the weaker team overcome a stronger team.

Strategy and teamwork are important in ensuring your team’s success and can trump brilliant individuals.

5. Past success or experience can help you in your future

In the glass stepping stones game, players must cross a bridge of glass panels. The challenge is half of them are glass panels that are not able to take a person’s weight, while the other half are tempered glass and can take two persons’ weight.

One of the players was a glassmaker and could tell the difference between the glasses and thus navigate the way through.

Your team members could have past success or experiences that you can leverage to handle future challenges at work. For example, a person who could plan fun parties could help you plan entertaining client engagement programs or even company social gatherings.

6. Human connection moves others to go beyond expected.

In the marbles game, players have to win all of their opponent’s marbles.

In this episode, there were many heartbreaking moments. One of them was between two ladies, Ji-Yeong and Kang Sae-Byeok, a North Korean defector.

In that short period, Ji-Yeong had a heart-to-heart talk with Sae-Byeok and found out that she endured a lot of hardship to come to the south and has a brother there. Ji-Yeong sacrifices herself so that Sae-Byeok has a chance to reunite with her family.

Strong human connections and authenticity are strong reasons why employees go through the extra mile for a leader. People connect to not just a leader’s vision, but also their personality as well.

Oh II-nam wagers a final bet with Gi-hun on his death bed. He bets that before the stroke of midnight, no one will help the drunk man lying down on the streets below the building they are in.

Oh II-nam loses the bet at the last moment and sees someone call the police to help the drunk man.

What is your philosophy concerning people?

Do you see them as creative individuals who want to contribute or the exact opposite?

As a leader, you need to believe that people when motivated correctly, want to contribute and do a good job in life. No one wants to come to work and get scolded for bad work.

According to self-determination theory people work best when they have autonomy, competence, and purpose in life.

So, are you ready to win the game of life and at work?

It won’t be like life and death in the Squid Game but in business, you need to go all out to adapt and strategise to win.