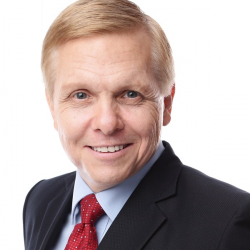 Since 1982, Michael devoted himself to the study and sharing of Productivity and human psychology. This led to HIGH Productivity & Exponential Growth for his clients. Working in 37 countries with a focus on AsiaPac since 1987 (he is a Singapore PR), Michael developed a Global Mindset with a keen understanding of Asia and how it functions in the world economy.

Author of 18 books including his newest book, Take Back Your Life! and his McGraw Hill productivity Series, he is the ‘Authority’ on Productivity and Exponential Growth. He’s hosted 2 radio shows, appeared on TV, radio, and authored columns in magazines and newspapers. He is an information expert for MNCs like Microsoft, 3M, Prudential, Citibank, Singapore Airlines and Fuji Xerox. The Global Speakers Federation awarded him as one of only 21 speakers in the world to be ‘Brand Ambassadors for their new certification.

Michael was chosen to be Moderator for Singapore’s first Productivity Symposium sponsored by the Singapore Productivity Association. Michael has conducted over 650 2-day productivity workshops for SIM including sessions on Productive Time and Stress Management, How to Manage, Motivate and Lead a Winning Team, Facilitating Productive Meetings, and Productive, Effective and Creative Training Techniques.

Michael lives in the ‘heartlands’ of Singapore with his bride Sarnai and their son Tony who's in Poly and their daughter Anna is attending Northwestern in the USA. The entire family is active in their church, IBC, and Michael's wife founded and administers 2 orphanages in Mongolia.

There are no articles to show.