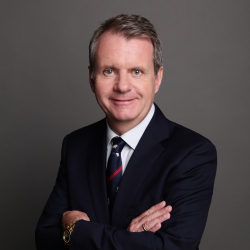 The previous 20 years Darren has been owner and Managing Director of two companies based in Singapore and one in Scotland. Having weathered the highs and lows of the economy many times, the global financial crash, oil and gas crash, pandemics, and many other challenges.
Sustainability, Positivity and Growth are key to Survivability
In early 2022 he has established the A.R.C.T.I.C Principles that are a core modality to business, life and sustainability. As a personal growth and development coach for Business Leaders, Senior Executives, Entrepreneurs and Veterans in Transition to new careers, the A.R.C.T.I.C Principles establish the journey to positivity, and growth.
Prior to commencing the journey as an entrepreneur in 2002, at the age of 16 years he joined the British Forces. In 1980 he qualified as an Army Diver. This started a passion of life, which led to a successful career as a military diver, and on to be a commercial saturation diver working in the offshore oil and gas industry around the world. Living and working in high-risk environments enabled him to gain a detailed understanding of what he calls ‘the life factor’ or ‘resilience’.
Having served in Germany, UK, Europe, Canada, Norway (Arctic Warfare), he passed the all-arms commando course in 1981 and joined 3 Commando Brigade – 59 Independent Commando Squadron RE and was attached to 45 Commando (Condor Troop). During the 1982 Falklands War along with many other British service men and women he was exposed to life changing experiences that have driven him to where he is today.
Darren brings his experiences of working from the emptiness high above the tree line in the arctic to working under pressure, deep below the seas surface, where the visibility is poor, the currents strong, silent yet noisy, there are creatures around that can kill you by just touching them, where the simplest of work task if not carried out correctly will have lasting effects on your health and physical condition or kill you. Taking these experiences to how he now carries out his daily activities in life and business ensuring sustainability and positivity. Having experienced his own fair share of life extremes, nearly being killed in the military (during war) and the civilian workplace (underwater), he believes that when we have ‘mindset’ issues, it is about maintaining a ‘Positive Health’ mindset to overcome our challenges and problems while being adaptable and agile to change.
When A.R.C.T.I.C Principles are implemented, they lead to positivity, sustainability, growth and success at all stages of business and life.

There are no articles to show.